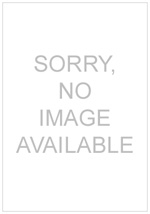 In the gathering dusk of 18 August 1966, 108 young, inexperienced Australian and NZ soldiers are separated and surrounded, fighting for their lives, holding off an overwhelming force of 2,500 battle-hardened Viet Cong and North Vietnamese soldiers. And, in the pouring rain, amid the mud and shattered trees of a rubber plantation called Long Tan, with their ammunition running out and another Vietnamese battalion massing for the final assault, the digger's situation seemed hopeless. Long Tan is the true story of ordinary boys who became extraordinary men.