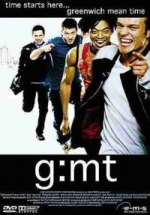 Some years after graduation, London college friends form a rock band called Greenwich Mean Time and attempt to make it big in the music industry. However, the road to fame and fortune proves to be an extremely difficult task for the band members. Between gigs, they are forced to stand up to the pressures of everyday life, including love problems, sleazy record producers, and a sordid world of drugs.